Originally established during the Great Depression, Belle Haven was envisioned as an affordable housing project and today is one of the more affordable and diverse neighborhoods in Menlo Park. Bordered by Willow Road, east of the 101, and the railroad tracks, Belle Haven is a triangle with its own unique opportunities and charm.

Most residential properties are single-family homes interspersed with several apartments and duplexes in between. Homes in this area are basic, ranging from 800 to 1,500 square feet bungalows, and due to their origin have a lower home value than some other communities in Menlo Park. This boosts Belle Haven’s affordability and also makes it a prime location for those looking to invest in additional property.

There is one area of this neighborhood that stands as an exception to the rule. Homes built on Hamilton Avenue, near the railroad tracks, were constructed much more recently in 2007. These residents tend to be larger two story homes with more modern amenities. In truth, Belle Haven has taken great leaps over the years, partly thanks to Facebook taking over the Sun campus and investing millions into the infrastructure, schools, and parks of the neighborhood. 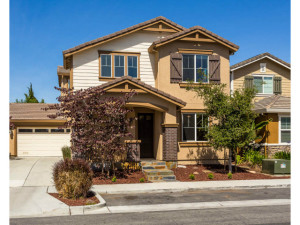 Elementary and middle school students of the area attend Belle Haven Community School, part of the Ravenswood City School District. Its campus has recently had a facelift but the school still significantly lags behind compared to Menlo Park or Las Lomitas School Districts. Later, students attend Menlo-Atherton High School, which has a respectable API in the mid 800s in addition to a great program for gifted students. 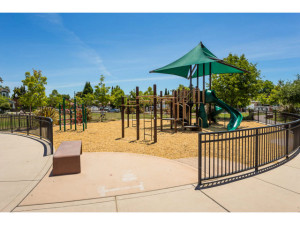 In terms of community life, residents enjoy the newly renovated Joseph B. Kelly Park with its inviting soccer fields, basketball and tennis courts. Or, if you’re looking to keep a slightly younger audience entertained, Market Place Park is a popular choice due to its beloved play structure for children.

In addition to affordability and multiple communal amenities, there is no rent control in Belle Haven, which is why it is idyllic for investors. Tenants are, for the most part, reliable. And Belle Haven is actually part of Menlo Park, which provides a higher quality of services to its communities than the neighboring East Palo Alto.