The “Worst” Restaurant on Yelp 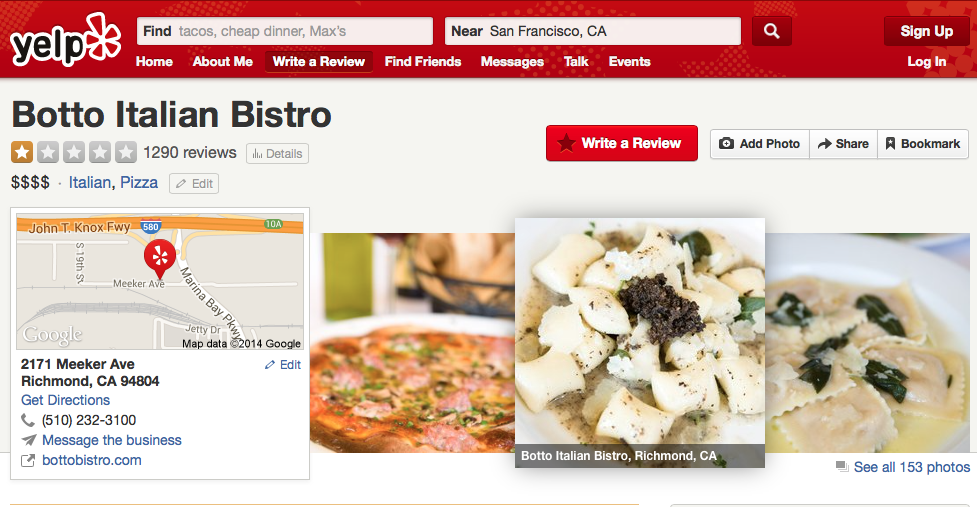 When you move to the San Francisco Bay Area, there are a couple things you should know. 1) We get a lot of sunshine. It makes exploring outdoors ridiculously enjoyable. Playing in the park on Christmas morning? Typical. 2) We have really cool people and industries that support these said cool people. We attract the best of the brightest, and those who march to the beat of their own drum. 3) We have really good food. I mean, really good food. The restaurant vibes are more laid back, but still professional. “Californian Cuisine” is an actual thing. Think fresh, delicious, and amazing.

Funnily enough, one restaurant in the Bay Area is campaigning to be the worst restaurant on Yelp. Whether you take Yelp reviews seriously or not, we all know what Yelp is (another Bay Area company, no less). They’re ridiculously powerful, and it’s a good baseline recommendation when you know nothing else about a business.

A little restaurant 15 miles north from Yelp headquarters is campaigning to break the trend of 4-star restaurants with thousands of positive reviews. Botto Italian Bistro, currently has 1290 reviews, and a one star rating. This is their version of rebelling against the corporation. With the incentive of 25% off your meal with a one-star Yelp review many of the restaurant’s fans have taken to Yelp with hilarious reviews.

Who wants some Italian food?